The dream behind Avatar 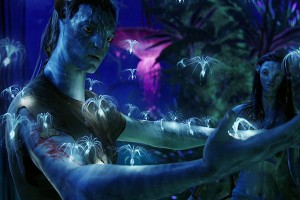 Have you seen Avatar yet? If you haven’t, you really should! It’s like nothing you’ve ever seen! It’s a virtual dreamscape of floating mountains, glowing foliage, dragons and beautiful, Amazon-like humanoids. It’s literally like walking into
a dream… even more than you know!

The look of the Na’vi—the humanoids in the film—was inspired by a dream that writer and director James Cameron’s mother had, long before he started work on Avatar. In her dream, she saw a twelve-foot-tall blue-skinned woman, which he thought was “kind of a cool image”. He included similar creatures in his first screenplay (written in 1976 or 1977), which featured a planet with a native population of “gorgeous” tall blue aliens. These later became the basis for the Na’vi. On the specific reason for the choice of blue as their skin color, Cameron said “I just like blue. It’s a good color … plus, there’s a connection to the Hindu deities, which I like conceptually.” 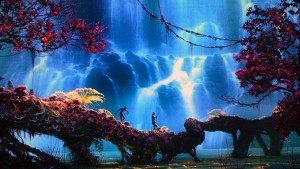 The dream-like setting of the movie was inspired by one of Cameron’s own dreams in the early 1990s, which inspired the  treatment he wrote for Avatar in 1995, in which he included the blue people inspired by his mothers dream. He planned to begin production after completing Titanic, but the technology for bringing his vision to the screen did not then exist. Fourteen years later, the technology existed to bring a world he had “seen” to screens allowing the lucky viewers to virtually enter someone else’s dreamscape.

Your very own fantastical dreamscape is available to you each and every night waiting to be explored, and it’s only as far away as your pillow! And who knows how many million dollar ideas or relationship saving solutions are waiting for you… all you have to do is pay attention.

My book  Cracking The Dream Code  will help you to not only easily access your own dream world every night but also easily decipher the powerful messages that are waiting for you!  “I have to say, it’s a pretty amazing thing when you can figure out your dreams!!  Your book makes it easy.  Thank you!!”   – Michelle, Richmond, VA