I dreamed my boyfriend had sex with my MOM!!!!

Every Wednesday I get to dissect a sex or relationship dream for my friends at  Em and Lo: Sex, Love and Everything In Between  This week’s dream is from a woman who is VERY concerned about a dream she had about her cheating boyfriend… 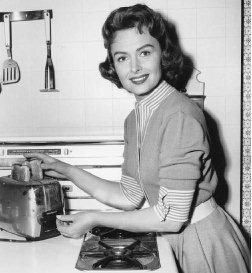 I had a dream my boyfriend and I were re-living a fight we had about him cheating. I asked him the same questions, as in real life, and got upset. Then out of nowhere a girl appeared. She was ready for sex. I asked her to leave. While trying to get her to leave, two more women appeared at my door. They had seen an ad in a newspaper. All of a sudden the house is filled with tons of women and men ready to have sex. My boyfriend is game and I walk in on him having sex with some girl… and my MOTHER. I went back to the others and waited to get involved but felt out of place.   I’m really bothered by this.

Lauri: It seems from your first sentence that the real life fight was about the fact that your boyfriend did in fact cheat, not about the fact you thought he was cheating. So I am going to go on the assumption that he double-dipped. That being said, you are clearly still very much bothered by it. Who wouldn’t be? And when something in real life continues to bother us during the day, our dreams step in and try to help us sort it out at night.

In the dream, you are asking him the same questions you already asked in waking life, which is a good indication that you are not satisfied with the answers he gave — so those questions still remain, as far as you are concerned. The first woman that shows up in the dream represents the other woman. You ask her to leave in the dream but she doesn’t, because in waking life you tried to rid yourself of the thought of her and the evil deed but were unable to. And then your house becomes filled with horny folk, apparently answering an ad your boyfriend put out. That reflects how your mind and the relationship have become crowded with the reality of what happened… your boyfriend was a horn dog and he put out! Yes, there is a play on words (dreams love to do that).

You also seem to feel he is still “open for business.” And even your mom joins in!! That most likely has nothing to do with your mom at all but rather the fact that you may play the role of Mom in this relationship. Do you baby him too much? What concerns me the most about this dream is that you get in line! That is very telling. It shows us that by continuing on in a relationship with him after he betrayed you, you are essentially complying with his behavior… perhaps to the point that you allow him to have many other priorities in front of you.