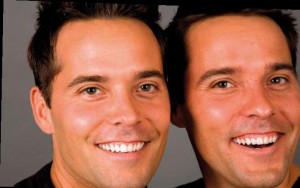 Every Wednesday I get to dissect a sex or relationship dream for my friends at  Em and Lo: Sex, Love and Everything In Between  This week’s dream is from a VERY confused woman who had a cheating dream with a twist…

We’re in a relationship of 3.5 years now, with weekly sleepovers, dying to move in together but forced to wait — I’m in my last year of college, he’s looking for a job — and I don’t really get what this dream means.  I really love him, I’m sure we’ve got a future together, but cheating on him with him somehow seems significant.  Could you help me understand?

Lauri: You are correct!  This dream is indeed significant!  But it’s not so much about the cheating element as it is about the making-out element.  Kissing in a dream is actually about intimate communication because — like kissing — it takes two mouths to communicate.  The day before this dream, do you recall having a deep, intimate and meaningful conversation with your boyfriend?  And did it seem unusual or out of the ordinary in anyway?  Did it allow you to see your boyfriend in a new light?  Did you learn something new about him?  Did you see a different part of him?  Was there any element to the conversation that made you realize that he isn’t who you thought he was… but in a good way (hopefully)?

There is also a hint of guilt in this dream that we must explore.  The guilt you feel in the dream is directly connected to something you feel a little guilty about in waking life.  Did your boyfriend perhaps show you a side of him that you rather liked but he was embarrassed about?  Perhaps you delighted in him showing you his vulnerable side, which perhaps goes against who he likes to portray himself as?  What in real life did you apologize to him for?  Did you laugh at something he didn’t think was funny?

Whatever the case, it seems your BFF has two sides to him that conflict with or contradict each other but that you kinda dig.

Well, I did have this dream shortly after we had a serious conversation about his job hunting. He had to quit college about a year ago and still hasn’t found a job. Times are though, but I was afraid maybe he wasn’t searching hard enough. Thing is… He kept the job-hunting for at home; when he’s over at my place, he wants to forget about the stressful hunt for a while.  He told me he sends out about five applications a day when he’s home, but that he gets answers for maybe one in ten.

I feel kind of guilty for not trusting him about the job hunting.  People keep asking me why he hasn’t got a job yet, did he apply at [insert some company’s name here] allready, because it would really be something for him.  Their questions made me feel as if I should push him more.  He is serious about finding a job, and getting frustrated about being denied every chance.

I feel guilty for doubting him and sad for not being able to change a thing. Happy that he finally opened up about it though, he can be quite tight lipped about his fears and worries.

“Your books have given me so much insight into my dreams it’s crazy!!”   – Anne, Huntington, IN