A mega-powerful dream about Megamind 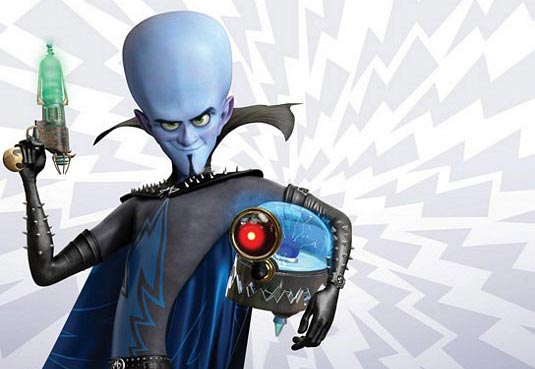 Today I am pleased to have a guest blogger. Her name is Wendi. She is a lovely young lady in her early 20’s. She also has autism and is pretty darn brilliant! She has read my books and has been having regular dream readings with me and has really got a good grasp on the way the dreaming mind works. I’ve been super impressed with Wendi’s dedication to her dreaming mind. So much so that I asked her to write a guest blog so that you dreamers out there can see how powerful your dreams are… once you can understand them. Take it from here Wendi…

The following nightmares are based off of a real, waking life event. They are a perfect example of how something in waking life can cause nightmares, but do not mean we are deranged and horrible people for having nightmares. Better yet, I’ll tell you just why nightmares are good for us AND how I found the positive message concealed within its horrifying elements.

The Dream: It features Disney’s “Megamind”. Once an ordinary civilian citizen of Metrocity, accidentally given super powers via reformed villain Megamind, is using his new powers…but not for any good to many in the city! Laser vision sets buildings, homes and many miles a flame, superior strength to enslave many innocent men, women and even children, putting them work for his army of global conquest. This city, once a place of peace and heroic determination to better the lives of millions, now in flames, smoke and destruction. My place? In a several story house, a skyscraper Victorian house, built on to the Metro Tower. I am running up flights of stairs, hoping to get to the top. I hope, I only hope if I can be heard, the true hero of this city will rescue me. A horrid shaking of the ground, several feet below make me lose footing, I fall but catch myself and finally make it to the top.

I have plan set forth. I’ll wait five to ten minutes for a hero, either Megamind or the long thought dead retired super hero Metroman will hear me and come to my aid, or I shall jump to my death. I call for help, hoping one of the heroes will hear me. Wait…someone is coming! I’m saved! Or…am I? To my dismal dismay, the once thought super hero, now turned villain comes to my door, several feet below. “Ovre le porte!” he screams. I know French…he wants me to open the door…to let him in? Why would he want to come inside? To kidnap me? Theft? Rape?!? I refuse to listen. I panic, trying to open the window but it won’t give! I panic more, now in a screaming frenzy, beating and kicking the glass as hard as I can and screaming the entire time, but still…nothing. He is down below at the door and punches a hole through it, rendering the doorknob to shattered bits of metal. In a haste, he retreats but comes back within seconds and rams into the building. I, desperately trying to commit suicide, resist. Maybe if I wait a little longer I will get a rescue? Getting close to the ground. Giving up.

The window won’t open. Instead, I wait until the building makes it’s own fall and I am nothing but a lifeless force in the pile of rubble. It is not so. The building disintegrates around me, but I am fully exposed, helpless, powerless. I hear footsteps…panicking, for it’s not my hero. A hand overturns me and I am staring into the blazing red glowing laser lit eyes of my enemy, prepared to vaporize, or worse…burn me alive. He grips my collar and pulls me face to face. I don’t put up a fight. I do, however make one request. “Please…if you’re going to kill me…please make it as quick and as painless as you can.” I don’t even know, despite his superior hearing if I had heard me. “You can guarantee that I won’t.” He scorns. Suddenly, I feel pain on my entire right side of my face. That entire side had been scraped off during my fall. Now I can feel his fingers gripping my intestines and he tears them out in one swift move. I cry out, a massive amount of blood and vomit collect in my mouth, drowning my scream…getting lightheaded, a massive headache settling in, vision blurring…eyes rolling upward…I surrender to unconsciousness.

Coming to…in a familiar location…Megamind’s secret lair? I am being dragged along by the villain, and Megamind, as well as girlfriend (and Titans’ ex-girlfriend) are laying on tables, side by side, bleeding and bruised, both half unconscious from what I can determine to be pain and blood loss. I am horrified. They are being held captive and are being subjected to experiments of torture…oh God it just hit me…I am next! I cry and scream, leaping awake in a sweating panic.

The analysis: As you might have observed, the dream is about someone at my work. This is why it has a certain theme: me being oppressed by a villain, more specifically, a villain who was once good! So why this particular villain?

One reason is because when I first met her, she seemed to be a good match, but one’s views can change over prolonged exposure! Not only that, but at the time before the nightmares, I had been talking over my complications with my psychologist and my dad, two of which told me it would a “good” idea for me to stay with her, so that I could learn how to deal being around difficult people. While this sounded good while I was AWAKE, remember, YOU ARE YOUR MOST AWAKE WHEN YOU ARE DREAMING!!!

So I wanted to impress them. I wanted to show them that I could do it, that I was strong enough to take it. My wiser inner self knew better! Even though we commonly seek out advice from others, their advice is nothing compared to your own internal advice. YOU know YOU better than anyone else. So while my psychologist was explaining to me my situation (and why she thought I should stick it out) it did sound reasonable. I knew better.

1. I was living in the highest tower in the dream. I had reached my highest point. I was at my wits end about this. It came crashing down because that was how I was feeling in waking life, trying to escape yet never succeeding.

2. I was trying to commit suicide. Some of you out there might think to yourself “wow! She needs help if she’s having suicidal dreams!” Tis not so. While we are running around fearing that suicide in our dreams means suicide in real life, first ask yourself “am I or a loved one contemplating suicide?” if so, then it’s your dreaming mind telling you if it is a good idea or not and how you can help. But if you are NOT then let’s look at it differently.

I was attempting suicide because I needed out. Not out of life, but out of the psychological pain. It also means that I was needing to “put to rest” an issue. Note how panicked I was? The emotions in the dream are directly connected to feelings we have in real life, only maybe not as dramatic. I knew by the terror, this was no little issue, despite the fact it didn’t seem that bad while I was awake, because it’s typical for us to dismiss feelings in waking life that we need to pay attention to! The panic in the dream was simple: I was feeling panic every day I was with her. I knew by this time I was on to something!

This for me was a big change, however, further I found out not only that, but it was because, like I was waiting to be rescued in my dream I was waiting to rescued in real life instead of doing it myself! I didn’t succeed in committing suicide because I wasn’t able to free myself from this situation.

Thank you Wendi! In a nutshell, what Wendi learned from this dream is that her work situation was very unhealthy for her and she needed to get out of it, despite what her parents and her therapist were telling her. Her inner dreaming mind knew better. I’m happy to say that since this dream, Wendi has a new supervisor and is feeling much more at home at work. Why? Because she paid attention to her dream, was able to understand it and took action on its message.

Your dreams are doing this for you too, giving you warnings and answers you need to pay attention so that you can improve your life. My books have helped Wendi get her dreams messages and they’ll help you too!