I Had THAT Dream Again! Why We Get Recurring Dreams 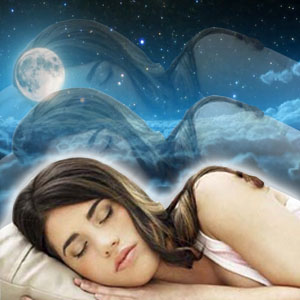 Most of us have at least one pesky and persistent dream or dream theme that won’t leave us alone. But why? Why does our subconscious go all Ground Hog Day on us and keep placing us in the same setting with the same struggle and with the same characters?

In my research I have found that there are two main reasons for recurring dreams: One reason is that the recurring dream is connected to an ongoing issue, for as long as the issue continues, so will the dream.  In this case, the recurring dream is trying to act as a guiding force, helping the dreamer better understand and navigate the issue so that he or she can resolve it and move on from it. The ongoing issue dreams only recur for as long as the issue continues, which means you may only get them for a few weeks or months. When the issue is resolved the dreams stop.

Below is an example of each type of recurring dream: the recurring behavior dream and the ongoing issue dream.

“Tombstones in My House” (An ongoing issue dream)

Dear Lauri,
The last three nights I’ve had a dream that involved a cemetery. But in the dream the tombstones are all inside a big, creepy house and I’m scared. The graves are all very old and the houses are always Victorian and filled with antiques.    – Renee 32

Lauri:  The old graves, the Victorian house and the antiques all suggest this dream is dealing with an old issue in your life, an issue that is dead, over and buried but for some reason, the last few days or so, it is on your mind again or something is causing you to feel affected by it again. Also, the tombstones are inside the house rather than out in the open. This suggests that this may be something that you have kept to yourself rather than opening up about it. Your subconscious is trying to show you this is something that is over; rather than allowing it to haunt you, let it remain buried and in the past where it belongs.

Renee replies:  Wow… that’s amazing. In part of the dream there were even people that come out of the tombs to chase me (which obviously must be related to a past issue chasing me). I’ve actually been dealing with a relationship issue that keeps reoccurring and I have been keeping it to myself. I had an affair a few years ago. About a week ago the man I had the affair with contacted me. While I have no interest in repeating my past mistake, I haven’t told my husband this man reached out to me again. I’ve been struggling with whether or not to tell my husband. It has been weighing heavy on my mind.

These dreams are reminding Renee that this affair is dead and is buried and that mentioning to her husband that the guy is reaching out to her will only bring all the pain back to life… for both of them. The dream had to keep coming back and telling her the same thing again and again until she got the message. And the message is: Don’t raise the dead!

Dear Lauri,
I have had recurring dreams of tornadoes for as long as I can remember. Last night I had a dream that I was in a trailer by myself. There was a horrible storm and then a tornado appeared out of nowhere! The windows started breaking because of the hail. Then the trailer was actually picked up by the tornado and landed safely in another state! – Nancy 36

Lauri: Lifelong recurring tornado dreams are a good indication you are a proud, card-carrying member of the worry-wart club. You’ll find that your tornado dreams are likely to coincide with your bouts of worry or panic. You’ll also find that your bouts of worry are often over something that you cannot control, just as no one can control a tornado, it is an act of God. In this latest dream you are in a trailer, which is the weakest structure you could be in during a tornado. This means you are not feeling very strong at the moment. Then your trailer winds up in another state! Your dream is telling you that you need to move on from this worrisome “state” of mind. Sometimes you’ve gotta let go and let things play themselves out naturally. When you can move into this more relaxed state of mind, your tornado dreams will have no reason to come back.

Nancy replies: Yes I am a worrywart. I worry about everything!! I will have to start keeping track of when I have the dreams and what I am worried about at the time.

Your recurring dreams work the same way too. Whether they are connected to a recurring behavior or an ongoing issue, the recurring dream is letting you know you are stuck somewhere in your life. It is important to remember that the dream cannot move forward until you move forward, whether that movement is in the form of correcting a behavior or of handling an issue and putting an end to it. Think of your recurring dream as your mom, who only wants the best for you but has to keep telling you the same thing over and over until you finally get it and take action.

Want to be able figure out your dreams for yourself? Grab yourself a copy of my latest book Dream On It  and you’ll never wonder what your    dreams mean again. It makes a great gift for anyone on your list!!

“I love this book! I have referred to it for a different reason every single day since I got it. It’s been really great and helped me understand all my dreams. It’s been eye-opening and all the girls in my office want to borrow it. I love how she writes and breaks everything down into simple terms.” – Heather, Wichita, KS

“If you want to know what your dreams mean, you’ve GOT to get Dream On It y’all!”   – Steve Harvey, King of Comedy and talk show host