Do the blind dream? 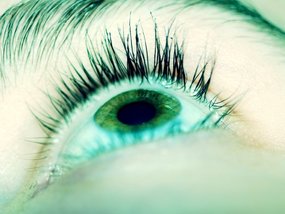 Do the blind dream?

This is a question I get asked quite a bit. And I can understand why people wonder about this. The visual aspect of dreams is so predominant that we often forget that dreams also involve emotion, sound, action, even touch, smell and taste!

So yes, the blind do dream. Their subconscious mind is hard at work at night just like everybody elses. They have strange story lines in their dreams, just like the rest of us, but their dreams consist of sounds, smells, emotion taste and touch.

However, those who have lost their sight in childhood can at first dream with visual images, but they begin to lose these images as time goes by. In some cases, visual images disappear altogether.

Those who have lost their sight at an adult age usually can dream some days with visual images, and other days without them.

I got to speak to one blind lady who called in to the Art Bell Show when I was on. She said she has had dreams that she is driving and even described what the road looked like! The other was a gal I had emails with. She used a Screen Reader that read her emails to her and used a brail keyboard so she could type. She said she can see in some of her dreams. In fact you can read her dream here.  She’s a big fan of L’il Wayne and said she can see him in her dreams and thinks he is cute!

The subconscious mind is a pretty powerful tool!  I don’t know if these two women are actually “seeing” things in their dreams the way they appear to those of us with sight… but I would bet it is pretty close.  After all, the blind touch and hold objects and faces with their hands, which allows the brain to form some sort of identifiable mental image for them when awake, so why would those same perceived mental images not be available to them when they dream?