Can dreams be messages from the dead? 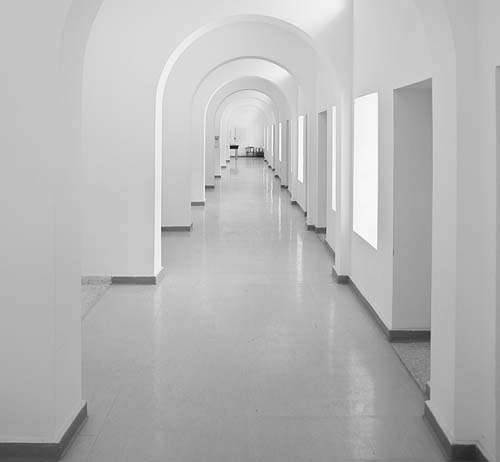 When someone we love passes away, it is so very difficult to continue to live without them… especially when that person passes way unexpectedly, way before their time. In all my years of dream research, it still amazes me how wonderfully comforting our dreams can be. They are a built-in healing mechanism, carrying us through the grief process. It’s like, they somehow know exactly what we need to hear, and what we need to know. And sometimes, it’s like they are a conduit from the other side, allowing us to receive that final, and much needed message from our loved one.

Below is a message I got from a young lady who recently lost her brother. It’s a beautiful example of the powerful and healing messages our dreams bring to us when we are deeply grieving. Get your Kleenex ready!!

***
PLEASE HELP LAURI! This dream is haunting me.

My big brother Daren passed away January 21st 2013. Last night, I dreamt of him, a dream that has haunted me. My siblings, my husband and I sat in a modern room, on large leather sofas. We were all looking at what appeared to be a large movie screen. The screen was white and the scene was that of a long white hallway. At the end of this hallway there was a door, also in white. We sat watching.

The door slowly opened and through the entrance my brother stepped over the threshold and into the long hallway. He looked younger than when he passed, he appeared to be clean, healthy and freshly shaven. The only thing he was wearing was a leather loin cloth; like that you would see Jesus wearing at the time of his crucifixion.

Brown leather straps wrapped each of his wrists. His left hand wrapped the handle of a very large dagger that curved into a “C” at the tip. He moved slowly toward us. His walk tall and his eyes forward. After what seemed like a minute he began weeping, he then spoke.

“Do you forgive me?” He asked. Horrified, those of us watching the screen yelled “YES!!!” through tears.

He slowly turned, and when he did his back was marked with three very distinct tattoos. Three large circles, the circles appeared to be twisted ram horns.

We all again yelled “YES WE FORGIVE YOU!!”

He then lifted the dagger up and over his head and began slicing his back open, blood poured from his flesh. Those of us watching screamed for him to stop. My husband quickly jumped up and grabbed a blanket and ran for the screen, he ran right through it and to my brother who stood slicing his flesh with the dagger. My husband attempted to wrap the blanket around my brother, but he pushed him away.

Desperate for him to hear us, and horrified at the sight of his flesh being torn open I quickly stood and ran through the screen. I made my way around to face him. I placed my hand on his face and whispered through a flood of tears and emotion,

“Daren, we forgive you.”

His beautiful blue eyes searched mine when his voice again spoke, shaken and full of sadness.

“Rainee, do you forgive me?” I quickly wrapped my arms around him, I could feel his blood and flesh warm on my hands.

“Yes my brother, I forgive you.” I sobbed.

He then dropped the dagger and fell into my arms, which brought us both to the floor. I held my brother, wounded and bleeding in this white space behind a screen.

This dream has left me very much unsettled and I need desperately to understand so much of it. The screen, the straps that bound his wrists, the tattoos and the dagger and slicing of his flesh. This dream will forever haunt me. Please help me understand the message. I am begging you.
– Sincerely, Rainee

MY RESPONSE: I think this dream is a reflection of your inner struggle over your brother’s death. Did he take his own life? Or did his actions lead to his death? The way he keeps asking for forgiveness suggests you have been harboring anger towards him. I have suicide in my family so I know how angry it can make you feel towards the person that took their own life. Even if his death was not intentional, it seems like you – at some point – blamed him for it.Through this dream, you are letting that anger go.The way his wrists are bound is interesting. It seems to suggest he was chained or bound someway to the point that he would not bend for others or himself. Was there an addiction or something?The way he is carving at his own flesh suggests that you feel his death was of his own doing and whatever emotional pain he had in real life was of his own doing. But the bound wrists suggest he was a slave to some degree. The depression or the addiction or perhaps even a mental disorder was stronger than he was.The C shaped dagger is important. Did he have cancer? Or an addiction to cocaine? I don’t know, you may need to put on your thinking cap and see if you can connect the C to your brother.The twisted rams horns are also interesting. Was he an Aries? If not, then they may represent that he was hard headed, hard to get through to and perhaps butted heads with others. The twisting may mean that you feel his mind was twisted, he was not himself.The fact that it was a tattoo that he seemed to be tearing at with the dagger, I believe, is the way you are tearing away at the idea of his addiction, depression, whatever it was, as a permanent identity of him. Again, whatever he did that lead to his death, that is not who he really is (I say is because he still is… just in different form).The white room, the threshold, that is his new beginning. He is born again. He has a pure new life. Your dreaming mind wants you to see this but you have to forgive, and let go of the anger so you can see him as he truly is now: new, pure, pain free… free!

RAINEE’S REPLY: Oh Lauri, my breath was taken when reading your reply, a reply which I so appreciate more than you can ever understand. I know this is your livelihood, and I am wiling to pay you for this remarkable and phenomenal interpretation which has left me feeling at peace. A feeling I have not had since January. I literally received a whisper from within to just try to reach you, that I would gain understanding to this dream. I am so glad I listened to that whisper. My brother was an amazing man, he and I were cut from the same cloth. He battled addiction, cocaine and pills his entire life. After the passing of my father in Nov. 2011 his depression worsened and with that so did his addiction. Daren passed away due to an accidental overdose leaving us all devastated and me, angry. I do forgive him and will continue to send my love to him out into the universe. Lauri, thank you so much for taking the time to read and interpret my dream. Your words have helped me see what I have needed to see for months. You have brought peace to my aching soul.  Thank you.

Are you grieving? Are you having dreams that you can’t shake? The more intense the dream, the more important the message… and I can help you get that message. Don’t let it go to waste. Set up a private reading with me here. You’ll be so glad you did.

“Your interpretation was most helpful. I cried and got goosebumps when I read it for it was true! You have great insights and are blessed with God’s wisdom. Are you sure you are not psychic? Seems like it to me or perhaps clairvoyant.”
– Elaine Bales, Anchorage, Alaska