5 Nightmares That Changed The World 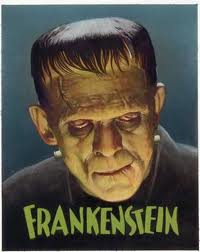 Have you ever had a nightmare that was so crazy you thought to yourself, “Wow. This would make a great movie!”? Well, you may want to act on that thought because some people’s nightmares have indeed been turned into classic literature, multi-million dollar blockbusters and even life-changing inventions!

We all know the story of Frankenstein’s monster. It’s such a big part of our culture that movies, TV shows and of course, Halloween costumes have been inspired

by it. We have this iconic monster thanks to a nightmare that Mary Shelley had back in 1816 after Lord Byron challenged her to write a ghost story. Shortly thereafter Shelley had a nightmare that she claims was the inspiration for Frankenstein. In the Introduction of the 1831 edition of Frankenstein, Shelley describes her dream in which she saw: “the hideous phantasm of a man stretched out, and then, on the working of some powerful engine, show signs of life, and stir with a uneasy, half vital motion.” Yeah, that dream would freak me out too!

The Strange Case of Dr. Jeckyll and Mr. Hyde

Also a literary classic and inspiration for many a movie and TV show plot, the story line came to Robert Louis Stevenson in a nightmare. One afternoon in the fall of 1885, after suffering a bout of writer’s block, Stevenson decided to nap. Not long after, Stevenson’s wife claims, “I was awakened by cries of horror from Louis. Thinking he had a nightmare, I woke him. He said angrily, ‘Why did you wake me? I was dreaming a fine bogey tale.’ I had awakened him at the first transformation scene,” meaning the first time Dr. Jeckyll turned into Mr. Hyde. Yes, it is a shame Stevenson was awakened before his dream could play out in its entirety, but at least he was able to capture enough of it to create a way cool story!

This modern day classic and block buster came to Stephenie Meyers in a dream. According to March 2009′s Vogue magazine, Meyer “woke up with a dream reverberating in her head.” It was a vampire dream. She had not dreamed of vampires before, had not been reading about vampires. To this day, she has not figured out why vampires. “I woke up (on that June 2nd) from a very vivid dream. In my dream, two people were having an intense conversation in a meadow in the woods. One of these people was just your average girl. The other person was fantastically beautiful, sparkly, and a vampire. They were discussing the difficulties inherent in the facts that A) they were falling in love with each other while B) the vampire was particularly attracted to the scent of her blood, and was having a difficult time restraining himself from killing her immediately. For what is essentially a transcript of my dream, please see Chapter 13 (“Confessions”) of the book.” Coolest. Dream. Ever!

Stephen King claims he gets a lot of his ideas for stories from his dreams. He had a particularly disturbing dream one night when he fell asleep on an airplane. “I dreamt about a woman who held a writer prisoner and killed him, skinned him, fed the remains to her pig and bound his novel in human skin. His skin, the writer’s skin. I said to myself, ‘I have to write this story.’ Of course, the plot changed quite a bit in the telling.” Ummm… Eew!!

No, this isn’t a novel or movie, but we have it today thanks to a nightmare Elias Howe had about cannibalism. Yes, I said cannibalism. Howe had been struggling with creating a machine that would sew with speed and efficiency. One night, he fell asleep at his desk and had this nightmare… He is in Africa, fleeing from cannibals through the jungle. Despite his frantic efforts to escape, the natives capture him, tie him up and carry him back to their village slung from a pole. There they dump him into a huge iron pot full of water. They light a fire under the pot and start to boil him alive.

As the water starts to bubble and boil around him, he discovers that the ropes have loosened enough for him to work his hands free. He tries repeatedly to take hold of the edge of the pot and haul himself out of the hot water, but every time he manages to heave himself up over the edge of the pot, the natives reach across over the flames and forcibly poke him back down into the pot again with their sharp spears that had holes in the tips. After he woke up and got over the initial shock of such a disturbing dream, he realized that what his machine was missing was holes in the tips of the needles!

Howe’s cannibal dream not only reflected that his invention was “eating away at him” and “consuming” his every thought, it also gave him the exact solution he needed. I don’t know about you, but my wardrobe is very thankful for that nightmare.

Dreams, no matter how frightening, are an invaluable resource.

They not only help us to problem solve but they also give us great ideas! Thomas Edison used to keep a cot in his laboratory so he could “grab ideas from space.” He knew how to tap into his dreams for ideas. And thank God he did!

We are all geniuses when we dream. Unfortunately, the power of dreaming is under-estimated, under-valued and under-used. Now more than ever we should all be turning to our dreams to help us sort through this tough time. I guarantee you that your dreams are helping you figure out how to save more money, how to get that promotion and are even offering you great money- making ideas… if you would just pay attention.  There’s a reason we say “let me sleep on it.” We’re really saying, “let me dream on it.” This is why I titled my latest book Dream On It, Unlock Your Dreams, Change Your Life It’s available everywhere. Why don’t you grab yourself a copy and keep it by your bedside? You’ll never wonder what your dreams mean again!

Want to start reading Dream On It in just seconds from now? You can! Get it on Kindle or get it on Nook

“I love, love, love this new book from Lauri! I have referred to it for a different reason every single day since I got it. It’s been really great and helped me realize all my dreams point to…transportation i.e. my path in life. It’s been eye-opening and all the girls in my office want to borrow it. I love how she writes and breaks everything down into simple terms.” – Heather, Wichita, KS