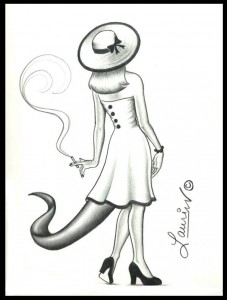 I recently did a survey (of over 5000 people) through my site thedreamzone. And the dream that was reported the most was the cheating dream! Since it’s Valentine’s Day, I thought it a good time to explore what this upsetting and all too common dream is REALLY about.  Below is an excerpt from my illustrated  book So, What Did You Dream Last Night?

“Affair dreams,” like sex dreams, are also about uniting with a quality, opinion or behavior… BUT, to the dreamer it is an unwelcome union! We may dream our mate is cheating when we feel he or she has taken on a behavior or attitude that is taking away from the marriage, such as spending too much time at work or on the computer. In these instances the subconscious mind feels “betrayed” and will respond with an affair dream in order to get our attention so that we will deal with the matter at hand.

“Husband Having an Affair”

I dreamed my husband was having an affair. I know he’s not cheating in real life because his office is in the house and we are very happily married. In the dream I went to the hotel they had been meeting at to confront them. I caught a glimpse of the back of “the other woman” right before I woke up. She was wearing a huge sun hat and had a big lizard tail!   – Maurine 35, Cheektowaga, New York

Even though Maurine’s hubby is as faithful as a Labrador, her subconscious mind does not see it that way. It feels “betrayed” by his new golf buddies. Maureen and her husband had just moved to a new town, so when her husband befriended some men in the neighborhood who also had an interest in golf, Maureen was actually happy for him. That is, until he spent all his free time with his new friends and adopted their silly slang as his own and used it a little too often. Maureen didn’t want to burst his bubble and therefore became very lonely. Her dreaming mind then intervened and said, “He may as well be having an affair! You need to do something!”

Her motivation in this dream was to confront her husband. In her attempt to do so she was able to see “the other woman,” the thing that was taking away from the marriage. The message from this dream lies in what she saw. The giant sun hat indicates something is being covered up – Maureen kept her loneliness “under wraps.” Backs and tails are both things that are “behind” us and will often symbolize the past. Lizard lady is letting Maureen know that she needs to confront hubby so that the issue can be put “behind” them and made like the lizards of long ago… “extinct.”